This website uses the latest web technologies so it requires an up-to-date, fast browser!
Please try Firefox or Chrome!

Our team consists of experts from all over the world and have countles cumulative years of meteorite experience under their belts and we love helping our members!

John Higgins lives in Northern New Jersey where he was born in 1978. He has a bachelors degree in Anthropology from Montclair State University. John Higgins is an active Meteorite Hunter, Collector & Professional Seller who steadfastly promotes the integrity and culture of meteorites and collecting. John believes it’s important that scientific study, analysis and subjective thinking are applied to all facets of meteorite collecting. He is President of Outer Space Rocks LLC where he has participated directly with the meteorite community and contributed well over 100 meteorite classifications including many new discoveries.

Mr. Theodosiou holds undergraduate and postgraduate studies at the University of Bonn, is a scientific associate of the University of Athens, formerly teaching at the Platon Academy of Astronomy and Meteorites, president of the LOGOS AZ scientific association in Greece. In Eretria, Evoia, where it owns a space, it regularly performs group trips with members of the association for astronomical observations.

Takis Theodosiou is the author of the book ” Meteorites, the path to knowledge ” as well as the owner of the site meteorites.gr and is a worldwide accepted member of the meteoritical community with years of experience in scientific research and abroad. 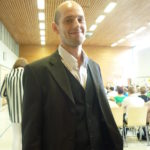 Alex Folta is one of the co-founders, the creative head and technical director of the Meteorite Club. With over twelve years business and design experience, Alex is responsible for our widely recognized Meteorite Club design work as well as for all creative and technical processes and questions behind the scenes.

His portfolio includes work for global projects, well known brands and companys of the space and astronomy business and beyond. A true northerner in every way, Alex is a lifelong resident of Laatzen near Hanover in Germany and enjoys spending his free time with his daughter in the nature, watching stars, looking for meteorites or hunting fossils. 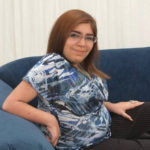 Marissa Fanady has been an active member of the meteorite community for the last seven years as well as an active member of the astronomy community for the last eight years. During this time she has amassed the largest privately owned meteorite collection in Ohio, attends outreach events with her astronomy club to educate the public about these space rocks, became the publication secretary for her astronomy club’s newsletter and a writer, and has traveled out west to hunt for meteorites.

She became the first ever physically disabled individual to hunt for meteorites and was successful in finding some of these rocks from space. Marissa has the long-term goals of finishing college to dedicate her life to studying and finding meteorites, continue to make meteorite hunting accessible to everyone. 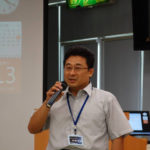 Smith Chiu is an amateur astronomer who is both member of Taipei Amateur Astronomer Association and Taiwan Family Star Gaze Association. Which promotes astronomic activities such as public telescope observation service, Meteorite exhibition in communities and schools around the country throughout the year. And also a Chinese traditional religious researcher, practices Tai Chi, Tao, spirituality and so on. Smith Chiu is one of a few Meteorite collectors in Taiwan, personally specialized in study the relation of Meteorites and the far-reaching traditional chineas science of Qigong. 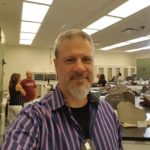 In addition to being the Admin for several popular meteorite Facebook groups, Topher Spinnato is very active on social media. He engages in educational discussions, shares quality photography, creates videos of live meteorite cutting, preservation techniques, discussions of provenance, and tips for collectors. His integrity and infectious personality open doors for our members with guided tours of the biggest dealers at the annual Tucson show. Topher lives in Arizona, and is the owner of Topherspin Meteorites. He became an IMCA member in 2018, he has no plans to slow down. His passion is to inspire, excite and educate others about meteorites.